Skip to content
Free Shipping on all orders over $50 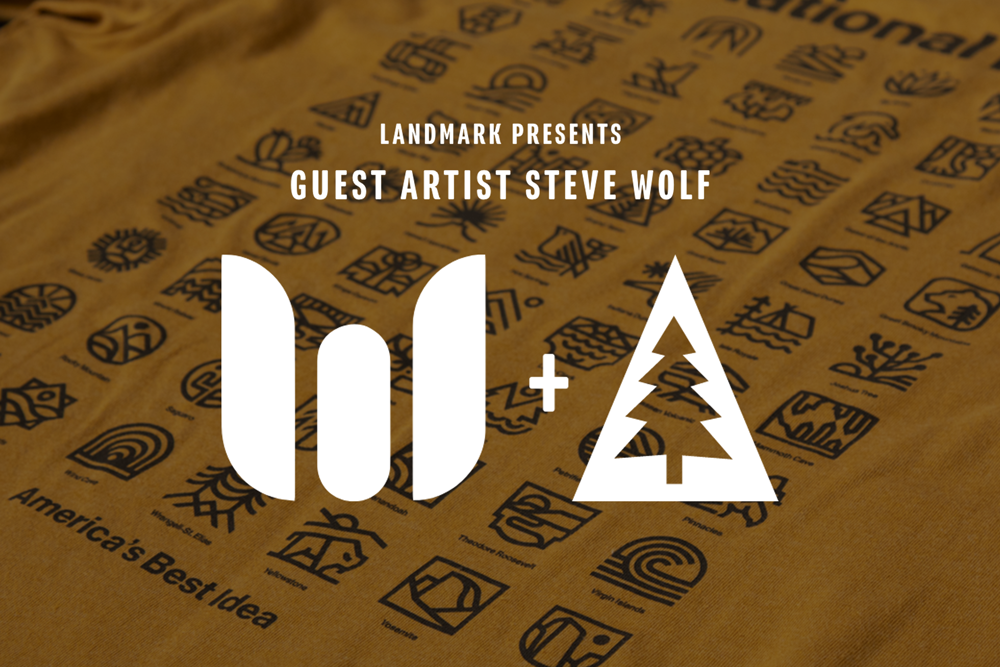 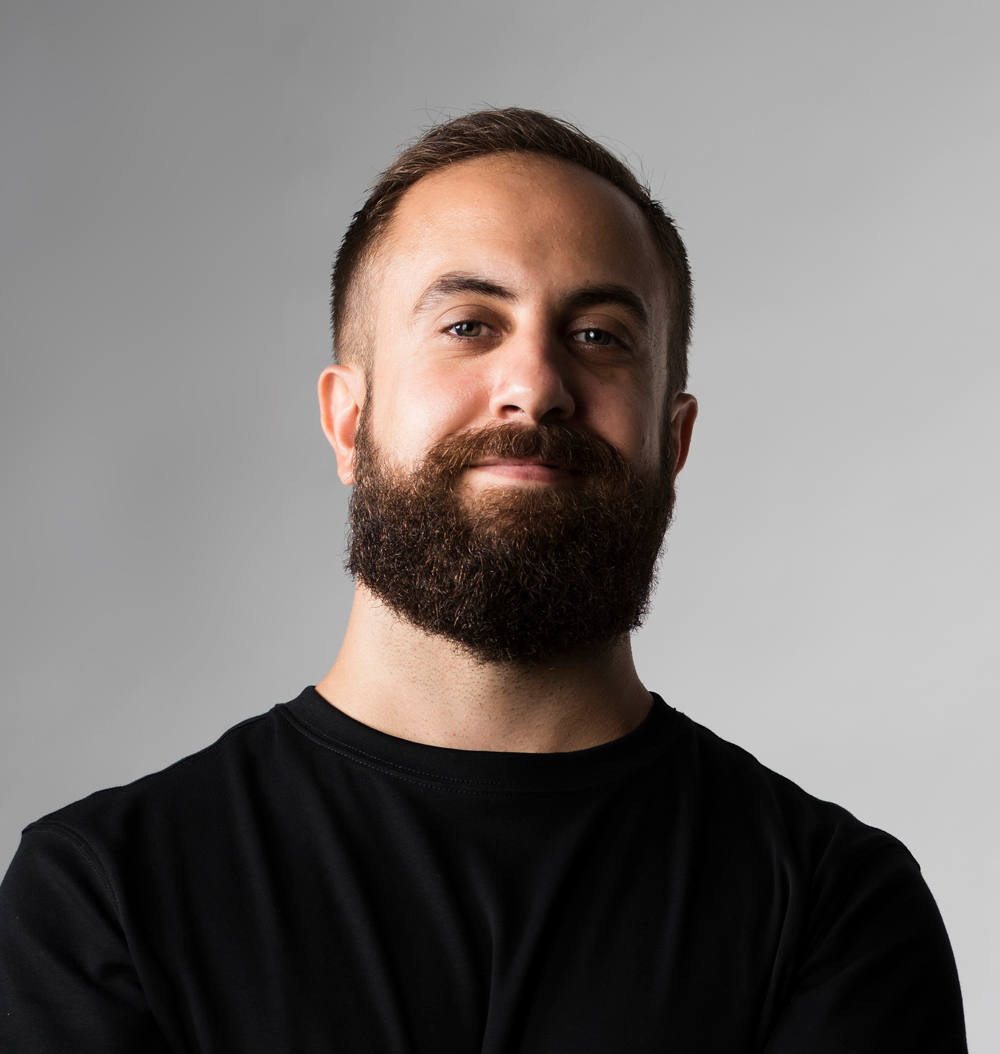 Steve Wolf is the Creative Director at Steve Wolf Designs: a graphic design studio specializing in branding and branded illustration systems. Steve was based in Austin, Texas, for the majority of his career before recently moving back home to Kearney, Nebraska.

Last February, Steve Wolf started an epic design roadtrip. He began at Rocky Mountain National Park before heading to Redwood National Park and Great Basin. Over the next three months, Steve would visit all 63 US National Parks. There was just one catch: Steve never actually hit the road for this particular road trip. Instead, he was at home in Kearney, Nebraska, researching and designing in his studio.

We first discovered Steve’s work on Instagram where he shared his daily illustrations representing each national park. Somehow, he managed to capture the heart of each destination in a single icon. This inspired us to reach out about an idea of our own: a collaboration tee featuring all 63 of Steve’s iconic national park designs.

Throughout our collaboration, we’ve continued to be inspired by Steve’s work. We invited him to do a quick interview so we could learn a little more about his creative process and the inspiration behind his “design road trip”.

What inspired you to start this project?

It started with a design of Rocky Mountain National park and grew from there. Work was a little grinding and I wanted to challenge myself creatively. After I designed a couple, I decided to keep going and I’m glad I didn’t stop at the fortieth or fiftieth park, but designed icons for all 63. As I designed, I fell in love with the parks and that inspired me to keep going.

When I posted designs of lesser-known parks, people would comment things like, “This is my favorite national park! Nobody talks about this park.” Peoples’ excitement about parks that were personal to them kept me excited about this project. It became a long adventure– a kind of design road trip that I didn’t want to end.

How did you decide on this design style and iconography?

I wanted to make sure that each design was distinct. Some parks are no-brainers. With parks like Yellowstone, you have a lot to pull from in terms of design elements. But there are some obscure ones that aren’t getting as much love. Lassen for example isn’t as well known, but it’s home to the endangered Sierra Nevada Red Fox. I wanted to represent these kinds of unique features in each design. Once I decided to design all 63 parks, I made some rules about size and line weight since I wanted them to be distinct, but belong in the family.

Do you feel like your work in branding made you uniquely good at iconography?

Yes, I would say so. But I would say that my illustration background is what helped the most. I’ve always been interested in fine art and loved illustration. My designs start as hand-drawn illustrations in order to create unique and genuine designs. For each park, I sketched a design based on what I learned about that park and what was distinctive about that particular place.

Did you ever consider pausing your project? How long did each design take?

As a designer, I tend to focus solely on client work. At times, I wondered if I was spending too much time on this passion project. But I found that illustrating something I enjoyed made me a better designer overall. I never expected to enjoy this project as much as I have. And I never expected other people to enjoy it as much as they have.

Each design took at least an hour, sometimes two. So I spent at least 63 hours on this project, but it was probably more like 120-150 hours.

Do you have a favorite design from this project?

Are you planning to do another national parks related project?

Yes, I’ve actually already started! I’m doing something similar, but with a type-based design series. I’m designing unique fonts for each park. I’m excited to see where it goes. I’ve developed a love for national parks so I think I might keep coming up with park projects! 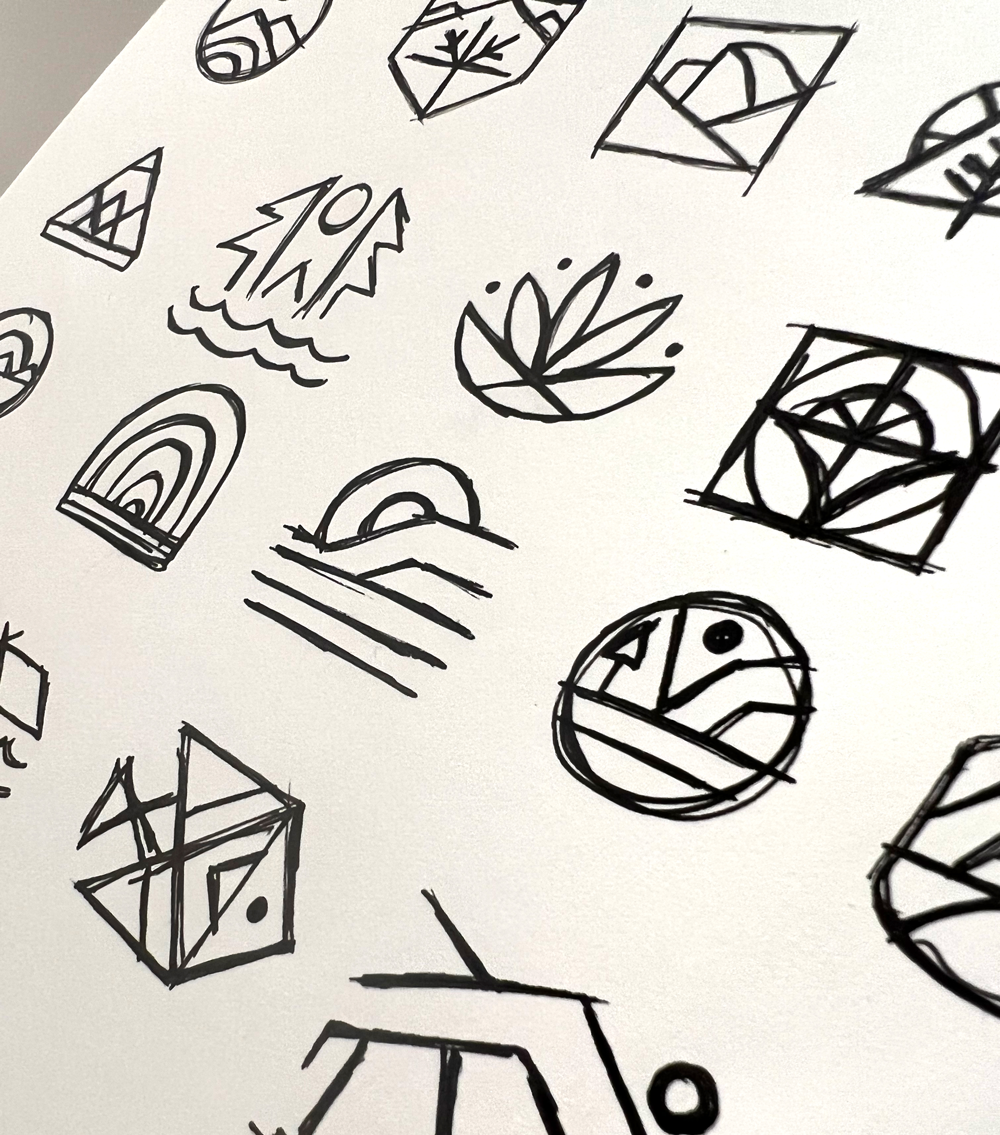 You can grab your own Landmark + Steve Wolf Designs collaborative tee here! And you can follow Steve and his newest park project on Instagram @stevewolfdesigns

Back to The Landmark Project Journal

Stewardship begins with conscientious decisions about where our materials come from and taking responsibility for who we partner with.

We are honored to continue the US Forest Service's legacy of using compelling artwork as a vehicle for conservation.